Lisa did a solo Jazz Improv day with the Warwick Jazz Players. They did not talk much about the music in advance, there were no rehearsals, just raw improv in front of an audience. Over the period of about an hour and forty-five minutes, with a break in-between, the musicians played and Lisa did two large abstracts.

The painting and the music worked out to inspire each other. There were highs and lows, and as the end was near the audience was at the edge of theirs seats wondering which would decide the end, the music or the painting. Some people were actually holding their breath. Somehow through it all the players and Lisa knew just how to bring it all together. They looked at each other, and with the last brush stoke made, and the last note played, both the painting and the music felt finished and resolved. Wow, what a moment!

Those who saw this event were amazed, it was something they had never seen before. Most people don’t get to see a painting created from beginning to end. The musicians had never done anything like this before and they had a blast. It was a special day for all.

Here are just a few photos from this very cool day… 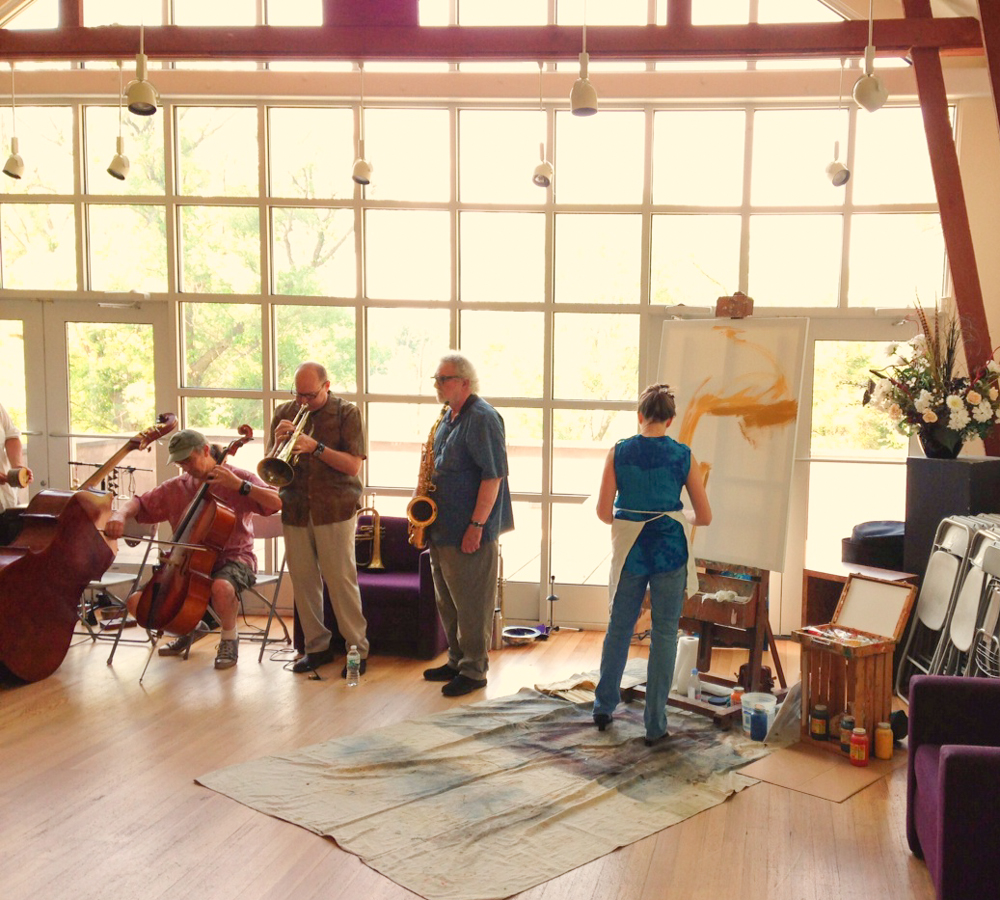 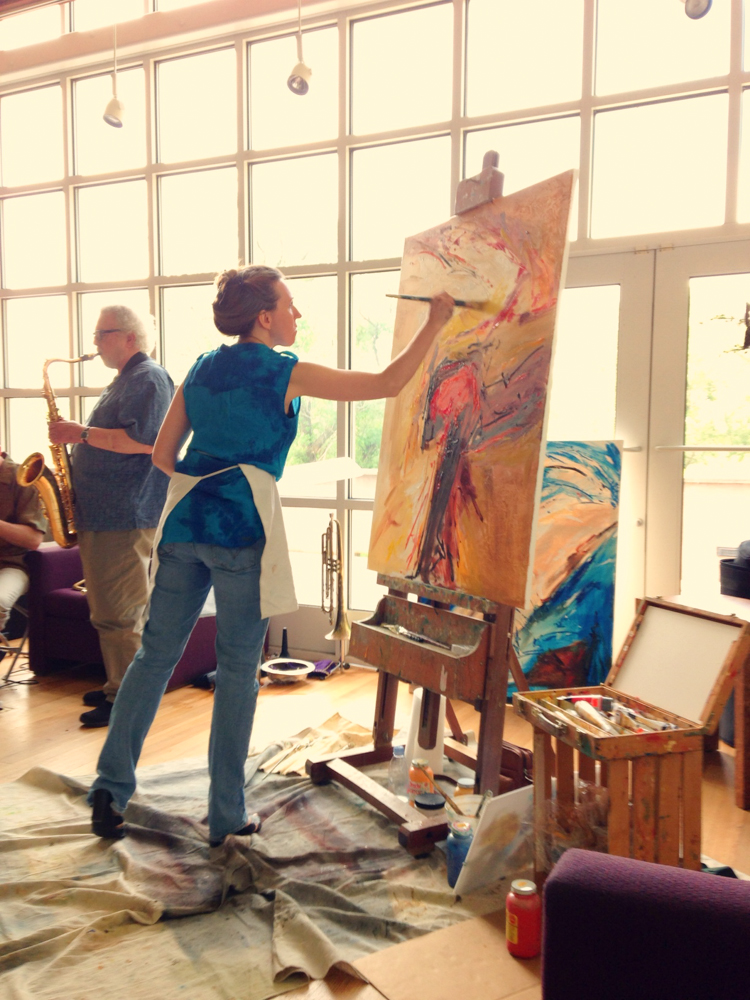 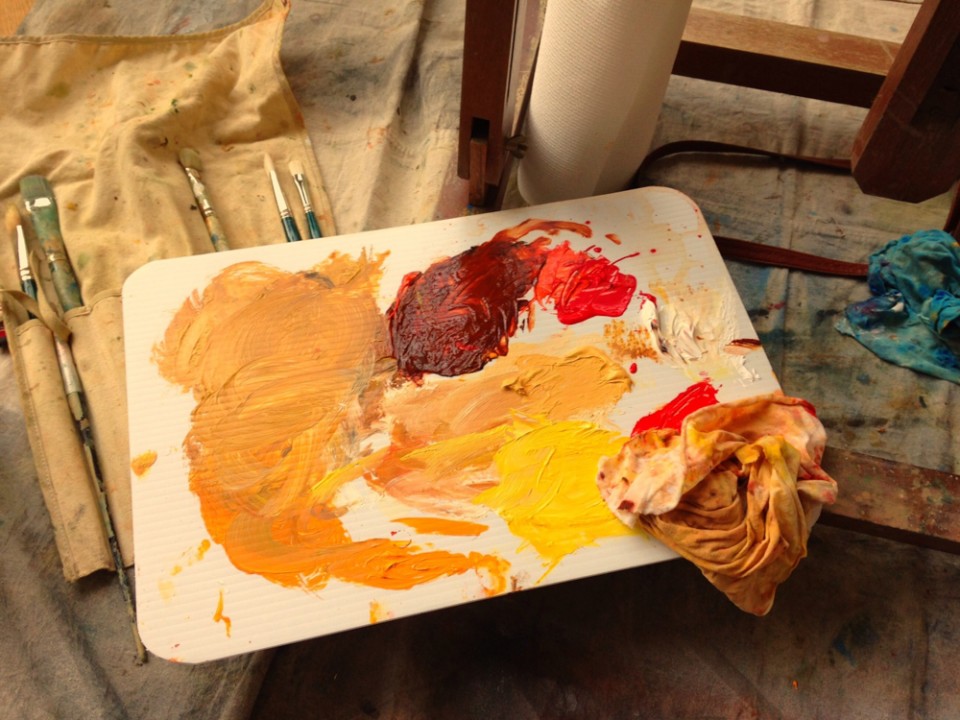 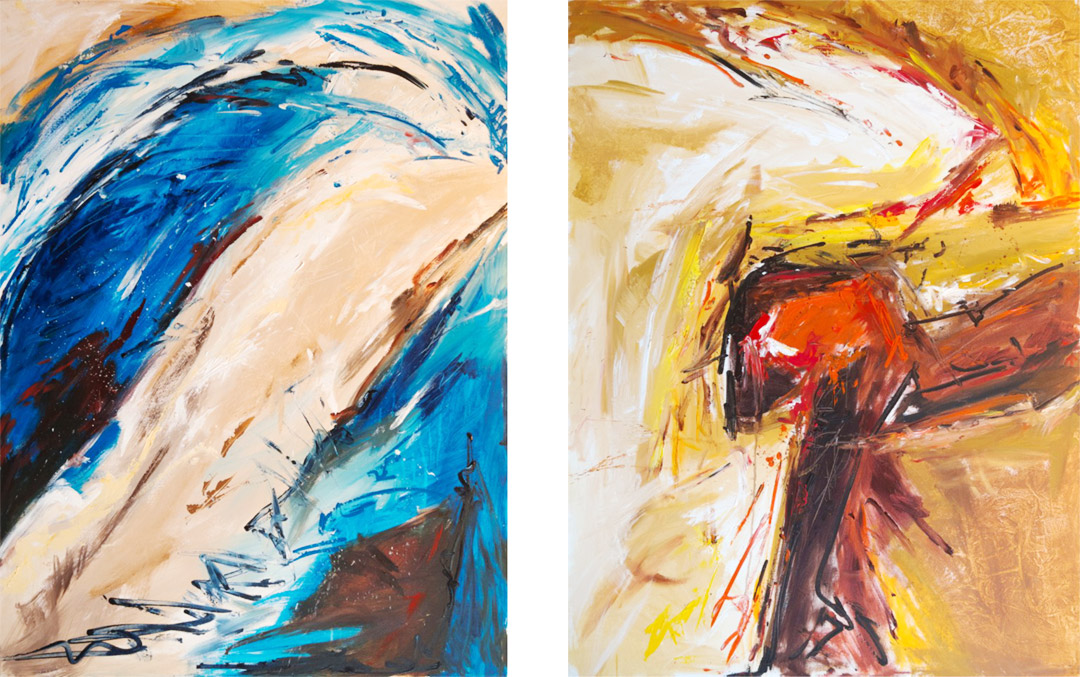